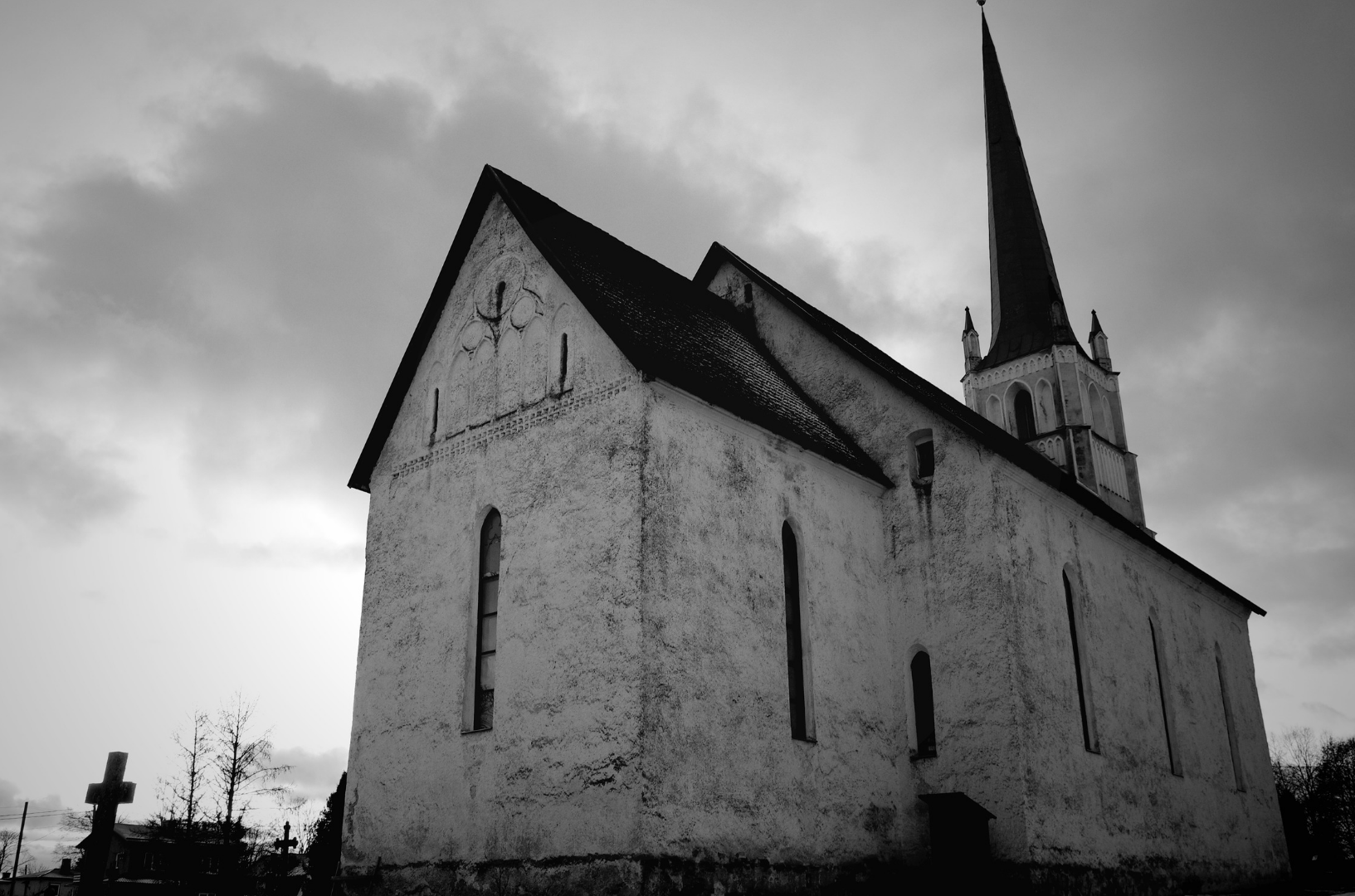 Criticizing the church can come easily, especially in an age like ours. Though many of us are aware of the dangers of consumer Christianity, few of us escape its influence entirely. I know I can find myself slipping into an attitude of detached critique, rating sermons, music, and small groups as if I were reviewing a blender on Amazon.

Alongside our consumerism, we live in a time when criticizing the church is fashionable. A subtle contempt, even in some Christian circles, garners respect. We are the jaded and disillusioned, those who inwardly roll our eyes at Christian clichés and anything that smacks of churchy strictness. When unbelievers share their grievances with “organized religion,” sometimes we offer little more than a sympathetic nod.

Whether it arises from consumerism or cynicism, however, such a critical spirit toward the church of God appears nowhere in the New Testament.

“Ah,” but someone might say, “the church of the New Testament was altogether different from what we find today. If only we could go back to the New Testament!” True, twenty centuries have passed since the apostolic age. But the churches of the first century were not the spiritual havens we sometimes imagine them to be.

New Testament churches were composed of sinner-saints just as ours are. They felt temptations toward frustration, impatience, and division just as we do (Ephesians 4:1–3). They too needed to be told not to “despise” and “pass judgment” on each other (Romans 14:3). They sometimes disagreed so strongly that they could no longer partner in ministry (Acts 15:36–41).

Yet Peter and Paul, James and John never exhibited the spirit of criticism that so often characterizes us. Though unafraid to exhort and even rebuke fellow Christians, the apostles labored to see (and to help us see) the church as she is in God’s sight: the family of God, the body of the Lord, the temple of the Spirit, the bride of Christ.

Who are these people who gather with us on Sunday mornings: this father of four who sings off-key, this communion server with the ill-fitting shirt, this young woman with an unusually loud laugh? If they are in Christ, they are “beloved children” of the Most High God (Ephesians 5:1).

We often pray “our Father” and yet approach brotherly love more casually. But for the apostles (and for us in our best moments), the fact that God should call us children was enough to furnish wonder for eternity (1 John 3:1). Unless Jesus himself said it, who would dare to imagine that those who follow him are his “brother and sister and mother” (Mark 3:33–35) — and what’s more, that he is not ashamed of such a family (Hebrews 2:11)?

Yet so it is. These Christians who sing with us, pray for us, speak Scripture to us, and sometimes frustrate us to no end are brothers of the same Savior, destined to dwell alongside us in our Father’s house (John 14:2). They are “odder than you could have believed and worth far more than we guessed,” as C.S. Lewis put it (The Four Loves, 37). They are our family in Christ.

Body of the Lord

Not only are we siblings in the same family, but also parts of the same body. Paul remarks, “As in one body we have many members, and the members do not all have the same function, so we, though many, are one body in Christ, and individually members one of another” (Romans 12:4–5). We may appear as different from each other as a kneecap from a nose, but we are bound together by eternal sinews and immortal bones, with Christ himself as our head.

Paul takes it for granted that some parts of the body “seem to be weaker,” “less honorable,” even “unpresentable” (1 Corinthians 12:22–23). We may feel ourselves tempted to say of some member of the body — perhaps just under our breath — “I have no need of you” (1 Corinthians 12:21). And yet the very thought betrays a fundamental ignorance of what the church is: not a collection of individuals, but a body of members. There is no such thing as lone-ranger Christianity because there are, in fact, no rangers — only eyeballs, hands, ears, and limbs, which survive only when attached to the body.

Temple of the Spirit

At the crucifixion of Jesus, the veil covering the entrance to the temple’s Most Holy Place “was torn in two, from top to bottom” (Mark 15:38). The holy presence of God, which once sat enthroned above the cherubim (Psalm 80:1; 99:1), would no longer dwell in the Jerusalem temple — rather, it would dwell in the church.

“Do you not know that you are God’s temple and that God’s Spirit dwells in you?” Paul asks the Corinthians (1 Corinthians 3:16). Don’t miss the scandal. Paul is saying that wherever the true church is, though it be as flawed as the Corinthians themselves, there is God. The apostle John, awake to this wonder, writes, “No one has ever seen God.” And yet: “If we love one another, God abides in us and his love is perfected in us” (1 John 4:12). The invisible God abides, of all places, in the visible community of the true church.

Of course, God is omnipresent; we couldn’t escape from him even if we wanted to (Psalm 139:7–12). But if you aim to encounter the holy presence of God, where God dwells in glory and grace, then don’t hike to the top of a mountain, chase ecstatic experiences, or search deep inside yourself. Instead, gather with the humble, ordinary community of saints, and know that here is “a holy temple in the Lord,” which is “being built together into a dwelling place for God by the Spirit” (Ephesians 2:21–22).

When we come to the end of redemption’s story and catch a glimpse of the world to come, the final image of the church that God gives us is not of a family, body, or temple, but of a bride. “Then came one of the seven angels who . . . spoke to me, saying, ‘Come, I will show you the Bride, the wife of the Lamb’” (Revelation 21:9). Here, the former harlot stands before the Husband who redeemed her, finally “in splendor, without spot or wrinkle or any such thing” (Ephesians 5:27).

For now, the splendor of the church is dim. Spots still mar the beauty of her face; wrinkles still run down her dress. But the blaze of her Groom’s passion — compared with which our fiercest love is a spark — will one day make her ready. She will soon be clothed with his own glory (Revelation 21:2).

We need not blind ourselves to this bride-to-be’s faults in order to faithfully devote ourselves to her now. With the eyes of faith, we see her as she one day will be: a woman without spot or wrinkle, “prepared as a bride adorned for her husband” (Revelation 21:2). And then we go on loving her as she is.

If we could see the church as she really is, perhaps nine-tenths of our criticism would die. We would find ourselves standing in silent wonder at this family of God, body of the Lord, temple of the Spirit, and bride of Christ — awed not only by its beauty, but that we should be part of it.

To be sure, not all of our criticism would wither away. Hard words sometimes belong in the mouths of those who love the church, as Jesus and the apostles remind us (Revelation 3:19; 1 Corinthians 4:14). But the criticism we do share would sound worlds apart from consumeristic faultfinding or cool contempt. Our criticism would be carried by sadness, sighs, and prayers, and would compel us to lay ourselves down for the people God loves.

This article by Scott Hubbard first appeared at desiringgod.org called Pray to See the Church as God Does.

God Chose This Home for You

The Benefits of Going to Church on Vacation